Some of our largest installations are in the manufacturing and industrial sector which can experience high volumes of birds nesting and roosting on large and/or complex structures. Robop is often used by architects under N16 bird and vermin control systems while planning builds. Large numbers of birds nesting and roosting can often put manufacturing on hold, costing vital production time and money. Most modern manufacturing facilities and retail outlets use syphonic drainage systems. Unlike traditional guttering, these run through the building from the roof to under the floor. Blockages to these can lead to contaminated water flowing out indoors and rendering entire areas as no-go zones. Imagine what that can do to stock and machinery, as well as staff. This is why deterring nesting birds from this type of building is crucial. 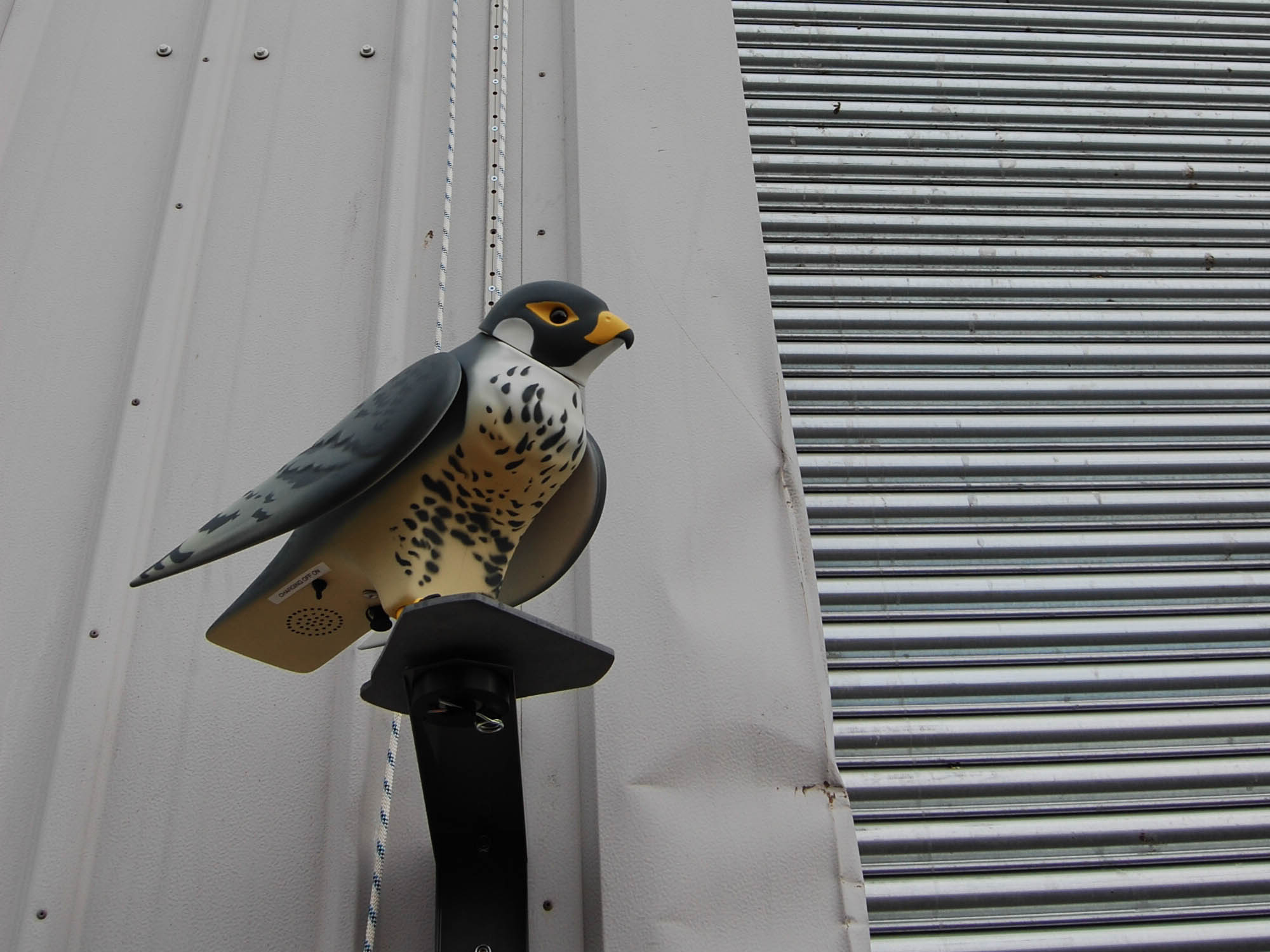 The Problem:
Oceaneering are a subsea engineering company and manufacture undersea Umbilical Systems which link on and off shore oil and gas facilities. The systems can include pipework up to 64km long. At Oceaneering’s Scottish plant in Rosyth, pigeons were constantly entering through the large open doors. This presented a health and safety risk, as employees and machines frequently pass through this entry way.

Our Approach:
For Oceaneering we built a special track system using yachting technology. This allowed them to install R:Falcons adjacent to each open door. The track allows the R:Falcon to be placed at any height and easily brought down for charging. This is a good example of our ability to design mounting systems for unique customer situations.

We have also successfully tackled similar bird problems at oil refineries in Sicily and a famous rocket facility in Los Angeles where R:Falcon surpassed all of their expectations. 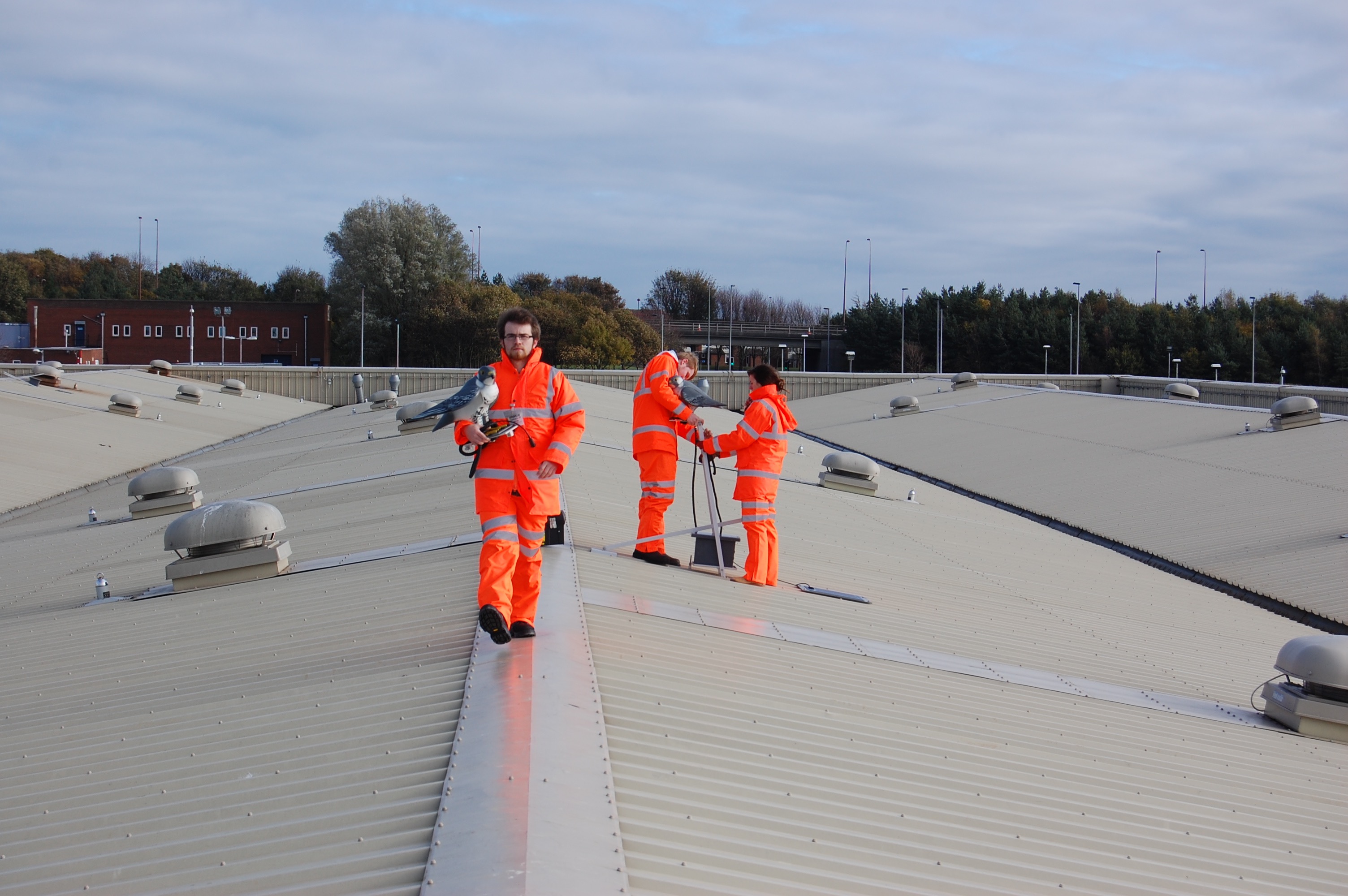 The Problem:
At Caterpillar’s U.K. manufacturing plant in Peterlee, they produce all of the articulated dumper trucks for CAT’s global market. The plant is a state of the art production facility with large components such as engines moved around on robotic sleds. The one fly in the ointment was around 600 nesting gulls that took residence on the facilities huge 32,000 sq.m. roof.

Over 12 years, the facilities team struggled to keep on top of the problems caused by the birds. These included flooding of the factory, lost production and roof damages, meaning it had to be replaced at a cost of several million pounds.

Our Approach:
In 2010 we installed our largest system to date at CAT, which still cost less than the plant’s annual roof cleaning cost. The system has been an unqualified success, no flooding, not a minutes lost production and reduced cleaning costs.