Several years ago we discovered a unique application for our R:Falcons when we were contacted by a client facing problems caused by Gulls resting on their synthetic pitch. The high fences surrounding pitches create an ideal safe haven for Gulls to rest and stop to eat. Unfortunately, what goes in must come out and the mess left can often cause injury, significant cleaning costs and can even condemn a pitch due to contamination. This often effects educational facilities which are an ideal feeding ground for gulls. Unlocked bins and food dropped in the playground are rich pickings for pest birds. Have you noticed significant numbers of Gulls around your local Sports and Education facilities? If so get in touch to see how our R:Falcon could help you. 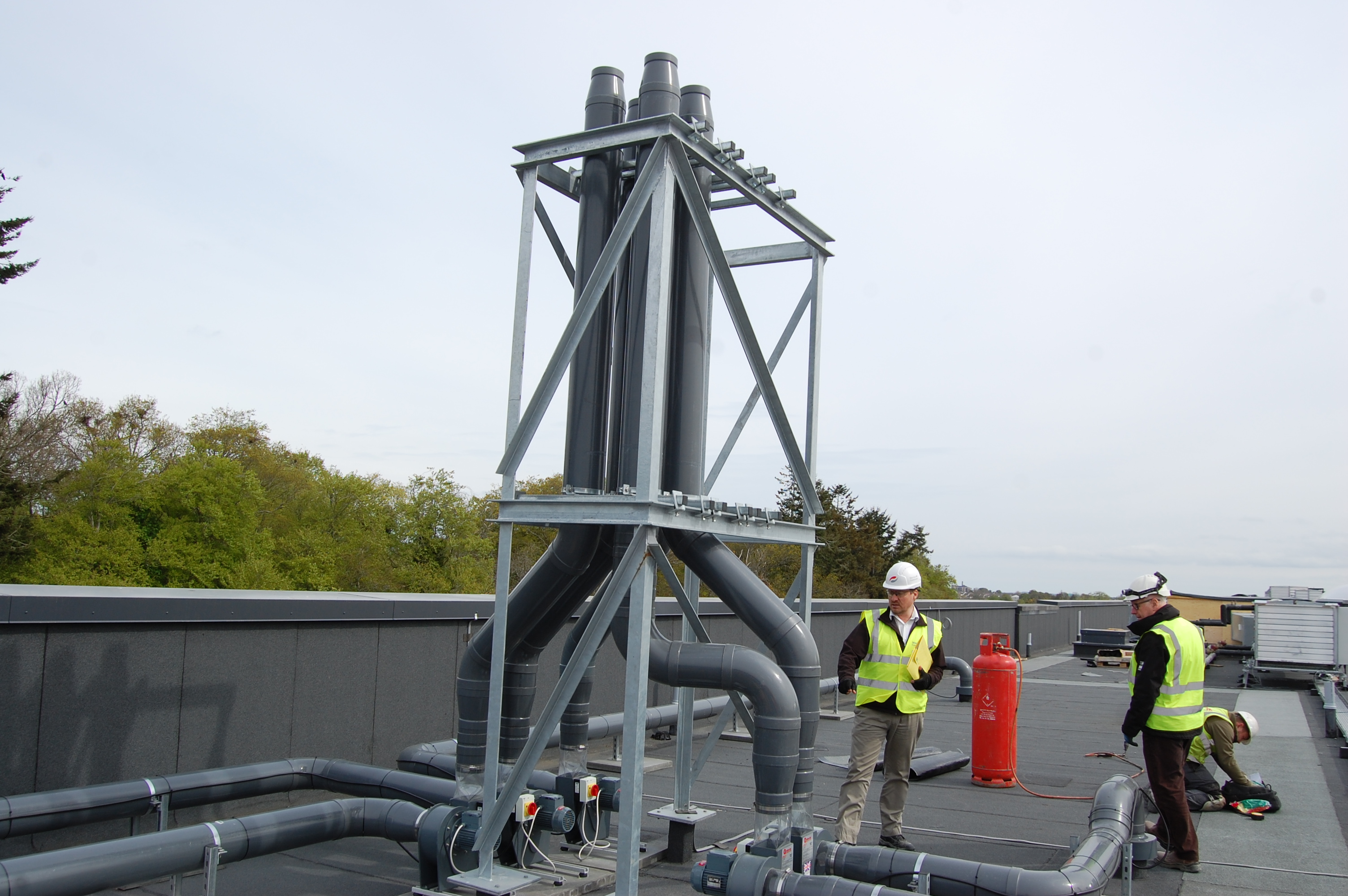 Construction of a new school in an area well known for gull problems.

This was the second project we did with Morrison Construction and one of many for the Highland Council. A key feature of the building design was a large atrium with two air filled ETFE membrane roof sections. Atrium glazing and seagulls don’t go well together as their fouling is unsightly and leads to high cleaning costs. Gulls also often cause damage to atriums by pecking them and throwing stones. The school also had all-weather sports pitches, another Gull favourite which can lead to costly repairs and cleaning.

Our Approach: We covered the entire school roof and sports pitches within a tight budget. This was done by using a combination of our Outlander System for the sports pitches and a 3 pole, 2 R:Falcon system for the roof area. One of the poles was mounted on the fume cupboard stack which we designed a unique mounting system for. 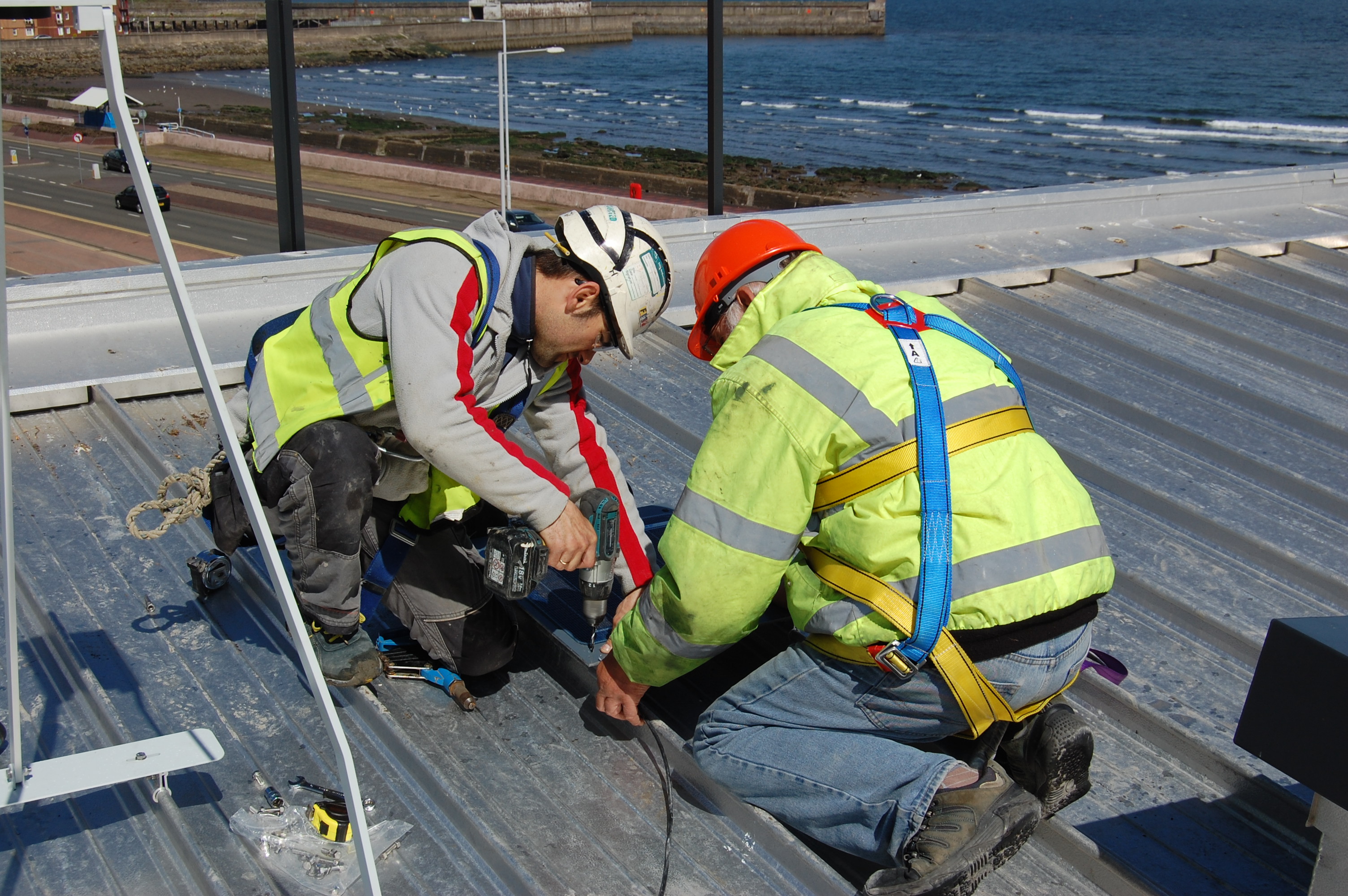 The new Kirkcaldy Leisure Centre designed by an acclaimed firm of Edinburgh Architects and built by Graham Construction could hardly be nearer the Fife coast. Literally a stone’s throw from the waves. With several roof levels and a large amount of glazing over the pool area, it was always going to be a target for gulls. Particularly, since all of the adjacent buildings were covered in gull nests.

We installed 4 solar tripod systems designed to attach to the standing seam roof. Two of these were placed on the upper roof area and 2 adjacent to the glazed area on the lower roof. Extensive use was made of aluminium alloy and stainless steel parts to minimise corrosion from salt spray from the ocean. 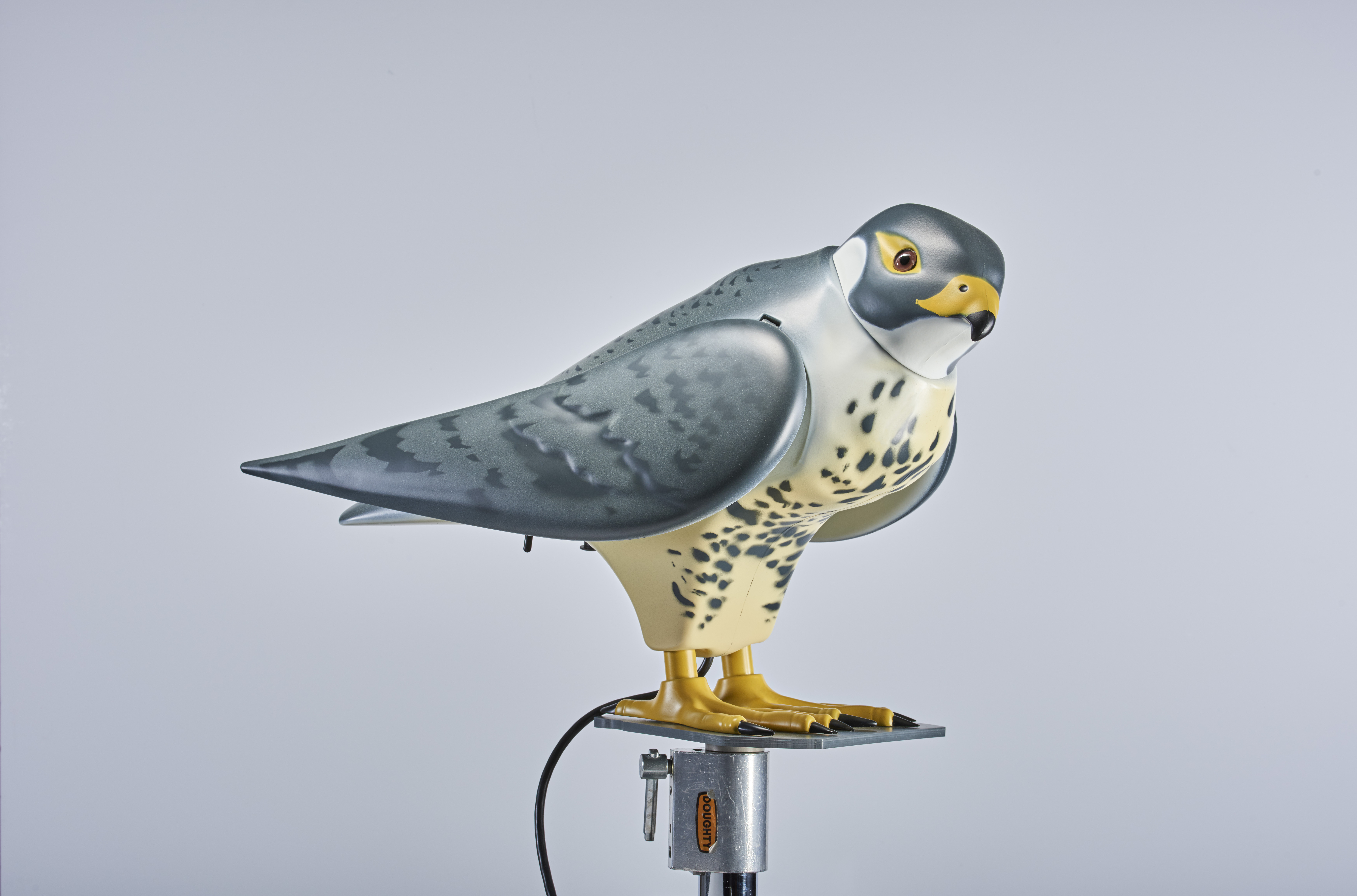 We The Curious (@Bristol) – Bristol, UK

At Bristol, now known as We The Curious, is a science innovation and education centre based in central Bristol. In 2004 we supplied a unique version of the R:Falcon where the call could be switched on and off by remote control. The system was placed on a roof outside the conference room to prevent squawking gulls distracting conference speakers. This was very successful and later was redeployed to protect their solar panel installation – the largest city-based solar array in Europe at the time. It is often unrealised that mess caused by Gulls roosting and nesting can significantly decrease the output of solar panels.

To supply 1 battery powered R:Falcon in 2004 which was upgraded in 2013. The original Falcon is now used for education and as a mascot, with its own twitter feed @brianrobofalcon. 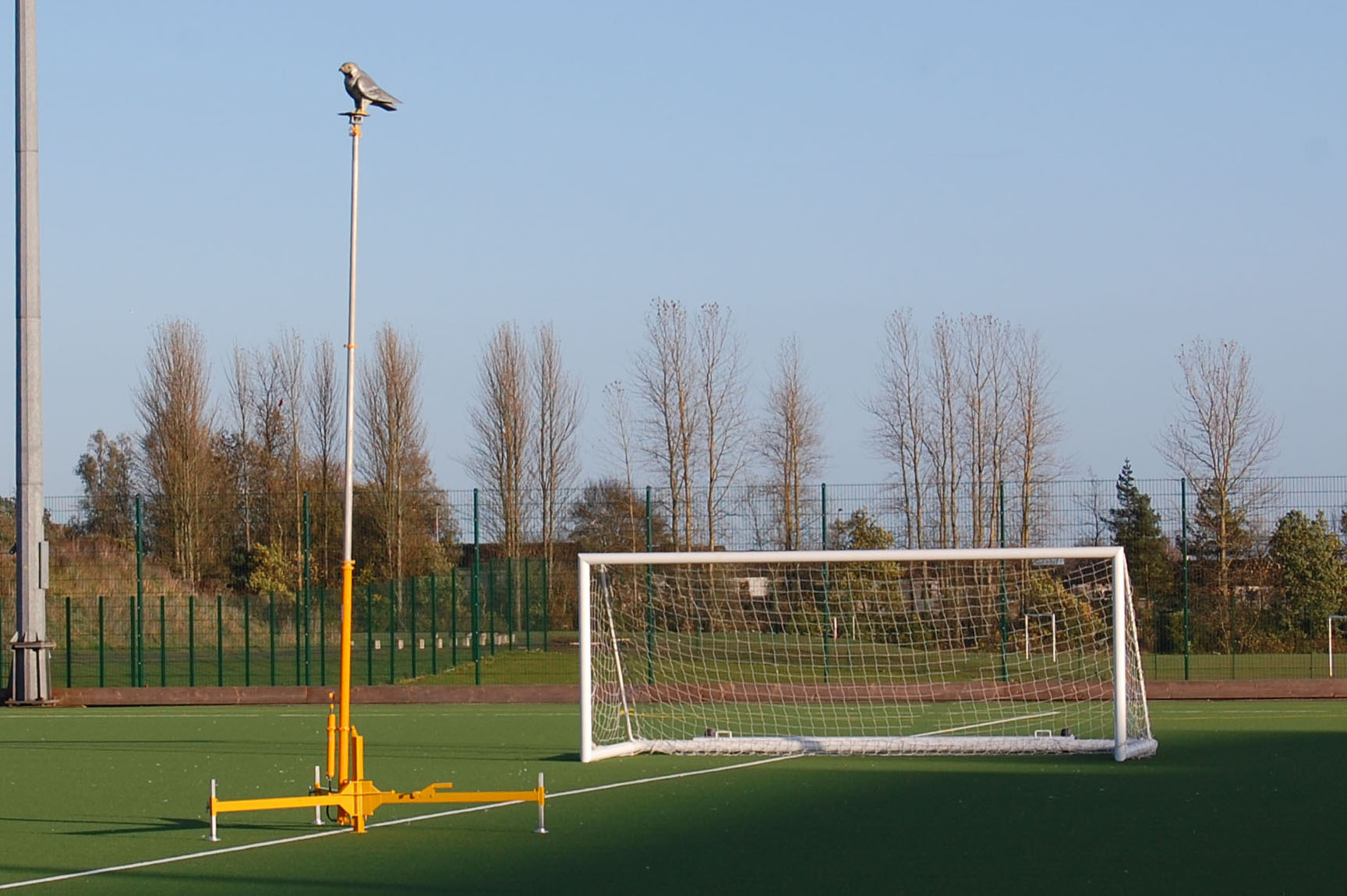 In 2014 we were approached by the Michael Woods Sports Centre in Glenrothes, a part of Fife Sports and Leisure. Gulls were roosting on their Synthetic Sports Pitch and causing contamination. This was the first instance of this we had encountered. So, we put our thinking caps on. Our solution needed to both protect the pitch when it’s not being used and be portable enough to remove when the pitch is in play. So, what did we do?

Our solution included a chargeable internal battery R:Falcon placed on a pole that could be raised above the pitch fence. It’s attached to a foldable, heavy weight, tripod which can be placed in the centre of the pitch and moved when play begins. The system was initially a rental but was purchased by the centre where it has remained effective ever since.

There are now identical systems known as the Outlander in many all-weather synthetic sports pitches throughout Scotland. The portable system can be supplied for any artificial grass sports pitch at any worldwide location where pest birds are causing issues.